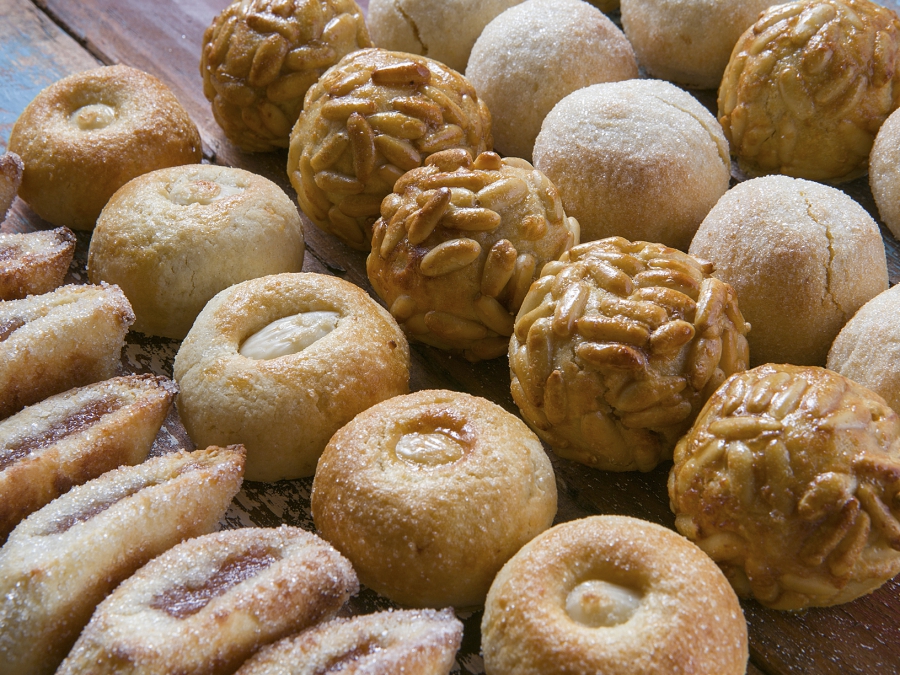 When autumn comes and the cold weather begins to draw back to the horizon over the festivities near fireplace.

"For Halloween, chestnuts and marzipan".

In our calendar, Halloween and buns are eaten by customs, despite having lost its original character funerary offering, continue to fulfill an important social function.

According to some chroniclers say this tradition of eating chestnuts, deeply rooted in Catalonia, began during the night that All Saints Day (November 1) Day of the Dead (November 2). Years ago, during the evening, the bell of the church did not stop ringing bells to alert the neighbors to arrival time to pray for their dead. The fatigue that produced great move rudimentary structures of the towers during many hours was necessary to be able to rebuild strength. So they took the bell chestnuts, the fruit that abounded at this time of the year and a bottle of sweet wine to make them happen better and, at the same time fight the cold in the few moments of rest .

In the late eighteenth century, the custom of eating chestnuts on this day was widespread throughout the country. It appeared chestnuts that were very popular in the streets of towns and cities, until it became an institution. The best known were fixed stop, and they say our grandparents, with sophisticated and patience, roasted chestnuts so it was wonderful to eat them.

Today when that dates back out stops chestnut brown roasted chestnuts and stops carried by young people who find this task a chance to make some money to finance the activities of their associations. For several years also held chestnuts popular outdoor dances, and other activities organized by different organizations and associations. Even the clubs offer from a few years ago, holding canned versions.

Besides chestnuts, panellets and candied fruit are also typical food of this unique festival. The origin of marzipan and its relationship with All Saints Day is a question not yet clarified. Some historians argue that evolution can be a former funeral meals celebrated in many towns of the Old Catalonia, where he used to make a meal after the death of a relative. This act was a ritual, in the shape of the table and distribution of people and the type of food that is served.

Other theories suggest that this custom is linked to the blessing of loaves, which were deposited as offerings to the family graves to honor the memory of ancestors as well as food in the journey to the afterlife. These pans have been replaced over time by sweet buns made with ingredients that are not passed in time and, therefore, can last a few days while the dead make their way to eternity.