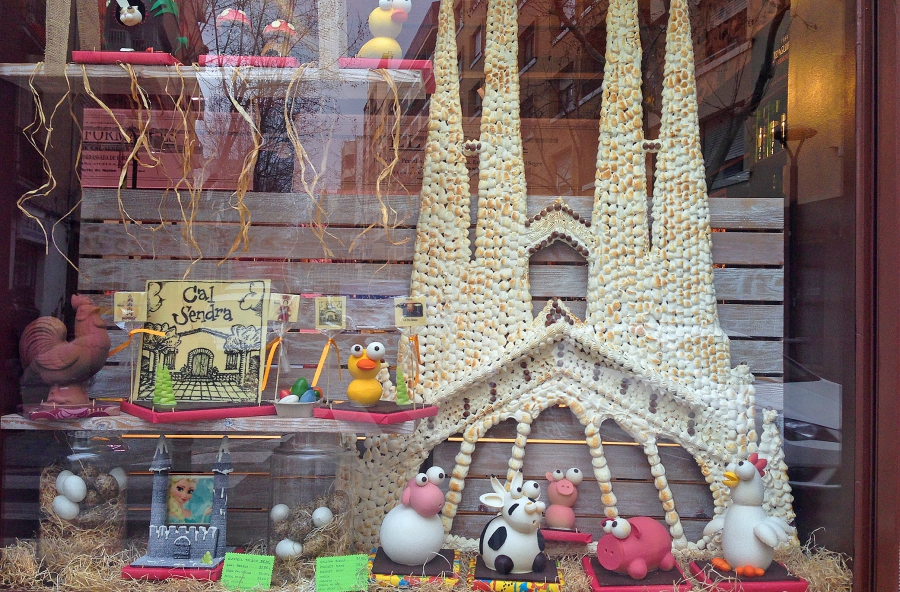 Mona Easter is a tradition that symbolizes that Lent and his denials are over.

Currently, the monkeys are very diverse, but before they were usually round. Initially, the monkey was a mass of cake made with sugar, and other goodies, hard eggs on top, as shown in the drawing on the right of the nineteenth century, but over time the eggs turned chocolate and at the end they became at the base of the monkey. Traditionally it was made with many eggs as old the child, though the monkey never exceeded twelve eggs, then he gave away only until the children made their First Communion (formerly effected age 12).

Tradition in Catalonia is the godfather or grandfather give away the monkey to his godson and grandchildren on Easter Sunday or Easter, in principle after Mass, although currently not always go to Mass. Easter Monday was a tradition that two or three families or a group of friends together and they went to eat somewhere it off together in a meal at not missing the grilled rabbit, pan and especially , the wine.